By Events Cazalys No Comments 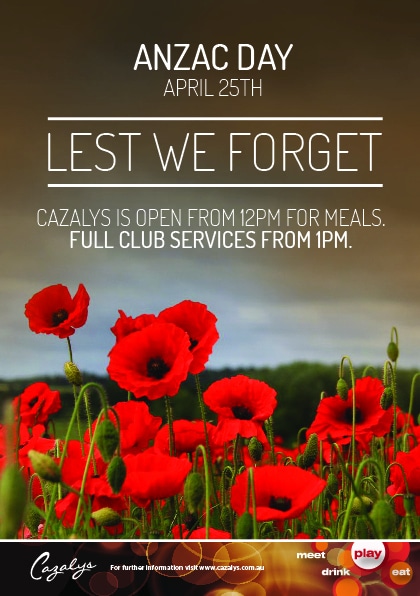 ANZAC Day is a day of remembrance. At dawn on 25 April 1915 a contingent of Australian and New Zealand Soldiers landed on Turkey’s Gallipoli Peninsula. It was with this landing that there began to emerge the tradition of ANZAC with the ideals of mateship and sacrifice that distinguish and unite all Australians irrespective of their origins.

ANZAC Day, 25 April, is the day Australia commemorates with services and marches in cities and towns and throughout the world where servicemen, servicewomen and peacekeepers are stationed, to remember all those who lost their lives in service to their country, in all wars.

We Will Remember Them
Lest We Forget